An envoy from the Shin Bet security service and the Foreign Ministry will be sent to the United States with “unequivocal” information proving that six Palestinian human rights groups had terrorist links that justify their ban, said Sunday. a senior Israeli defense official.

Israel claims the targeted groups were a front for a small PLO faction with a violent history, the Popular Front for the Liberation of Palestine.

On Friday afternoon, Defense Minister Benny Gantz announced that the six Palestinian civil society groups – including important groups with significant support and oversight from the European Union and other bodies international organizations – were designated terrorist organizations, claiming that they were working on behalf of the PFLP, which Israel considers a terrorist group.

Applying the terrorist label to the six groups, some of which receive EU funding, seemed to catch the US and Europe off guard.

US officials said they had not been warned in advance that Israel was acting against the groups and wanted more evidence. Israel later insisted that some officials in the Biden administration had been informed in advance.

By registering, you accept the conditions

During Sunday’s briefing, the senior official told reporters that intelligence linking the organizations to the PFLP was “rock-solid”. He said the material included “unequivocal evidence including video footage, photos, payment receipts which link said groups to support for terrorist activities.”

The business model of using civilian organizations as a cover for terrorist activities and their funding is a familiar method for the PFLP, he said.

Israel is aware of the importance of declaring groups terrorist organizations, the official said, adding that careful preparation had been done before the announcement, with all relevant entities having received the evidence.

One of those who reviewed the evidence against the six Palestinian groups was state prosecutor Amit Aisman, Haaretz reported. It was only after Aisman gave his approval that the Shin Bet communicated its findings to Gantz, according to the report.

Aisman reviewed documents showing that in some cases only leaders of rights groups knew the money was going to the PFLP, while more junior activists were unaware.

Justice ministry officials have already prepared for any petition against terrorist designations, according to the report. Gantz, at the moment, has no plans to open a criminal investigation into any of the members of the groups.

A source close to legal preparations said that according to a 2016 counterterrorism law, a human rights organization can be declared a terrorist group if it is found to have aided a terrorist group over time, is linked to such a group or acts on its behalf, even if it also performs humanitarian actions. The source said evidence from the Shin Bet showed links between the PFLP and the rights groups involved exceeded the minimum threshold for the law to be enforced. 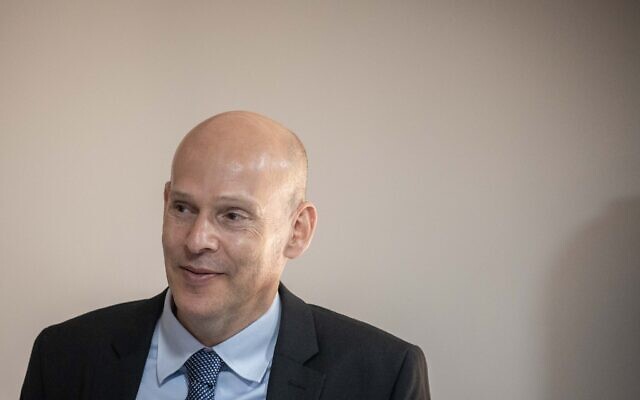 According to Hebrew media, Gantz did not tell Prime Minister Naftali Bennett that he would endorse the classification of rights groups as terrorist organizations. A statement on behalf of Gantz said such procedures do not require notifying the Prime Minister.

Other ministers were also not aware of developments in advance. At a meeting of coalition faction leaders on Sunday, Health Minister Nitzan Horowitz and Transport Minister Merav Michaeli, Meretz and Labor party leaders respectively, complained to Bennett that Gantz had acted alone on the issue , Hebrew media reported.

Horowitz demanded that he be shown evidence linking rights groups to terrorist activity. Gantz, who was not at the meeting, later responded that while he was ready to discuss the matter, he was adamant that the evidence was not presented to the entire cabinet, which he said it was too large a forum. Gantz said he was ready to present the material to the security cabinet or one of the relevant Knesset subcommittees. Foreign Affairs and Defense Commission.

Public Security Minister Omer Barlev said on Sunday that the issue had never been discussed in the security cabinet and that he had seen no evidence linking the groups to the PFLP. 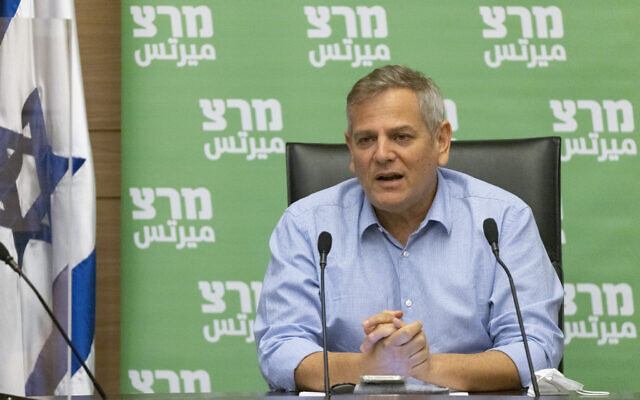 The Defense Ministry provided no concrete evidence demonstrating a direct link between the organizations and the PFLP in its announcement on Friday.

The list consisted of: Union of Palestinian Women’s Committees; ADDAMEER – Association for the Support of Prisoners and Human Rights; Bisan Center for Research and Development; Al-Haq Organization; Defense for Children International – Palestine (DCI-P); and the Union of Agricultural Working Committees.

Gantz’s decision sparked a swift reaction around the world, with the EU, the Palestinian Authority, Progressive Democrats, American Jewish groups, and international and Israeli human rights organizations voicing their criticism.

Israeli military and civil laws prohibit supporting or joining a terrorist group, and violators can face years in prison. The Israeli authorities can also seize property belonging to terrorist organizations and prohibit the financing of their activities. Donors can also face significant prison sentences.

Israeli authorities have previously accused the PFLP of stealing millions of euros from civil society organizations affiliated with its members to fund terrorist activities.

Are you serious. We appreciate this!

We are really glad you read X Times of Israel Articles in the past month.

That’s why we come to work every day – to provide discerning readers like you with must-see coverage of Israel and the Jewish world.

So now we have a request. Unlike other media, we have not set up a paywall. But since the journalism we do is expensive, we invite readers for whom The Times of Israel has become important to help support our work by joining The Times of Israel community.

For as little as $ 6 per month, you can help support our quality journalism while benefiting from The Times of Israel WITHOUT ADVERTISING, as well as access to exclusive content reserved for members of the Times of Israel community.

Already a member? Log in to no longer see this